CONFLICT OF INTEREST - How does it affect your Music Career?


“The information in this
article derived in full and in part from
Music, Murder and Mayhem – A True Story!,
Music Business: It's a Dirty Game! and
INVISIBLE: Living in America without Rights!
All copyrights reserved”

E.O.A.A Weekly:
'CONFLICT OF INTEREST'
“How does it affect your Music Career?”?

If you are sending your work by mail to your publishers, managers and labels and you are thinking that you are working with a team;

First, there is no guarantee that they are actually receiving all of your work.

Secondly, they can do what they want with your ideas once they have your work in hand.

They have access to all the major labels and their attorney’s. This brings us to having to deal with what is called ‘conflict of interest.’

The example of 'Conflict of Interest' would be when an attorney represents both his/her own client AND an opposing side’s interest simultaneously. This attorney cannot truly represent one while representing the other individual or entity's best interest.

I have listed an article below which addresses a history of problems with ‘conflict of interest’ and explains how it affects individuals in the entertainment business when an Attorney represents one client but has represented others in the past.

The News Article addresses whether it is ethical and how it can determine how likely an entertainment attorney will be to fight for his client when it can possibly affect future business dealings.

Online News article describes a major conflict and sheds light on the possible reasons as to why these instances are able to continue. I perceived this to be one of the reasons that some case are simply not pursued:

"Representing opposing parties during the negotiation of a contract is clearly an example where consent will not cure the problem," Schenk said.

"It's impossible for an attorney to provide undivided loyalty to one client if at the same time he or she is representing an opposing interest."

“The concern is that the lawyer’s--consciously or unconsciously--would most likely be less than zealous to slug it out on behalf of the people in order to ingratiate himself with the ‘system’ and assure that he does not affect the potential, future business." -News article.

This news article was written decades ago by educated and experienced attorneys, clearly establishes a question of ethics and demonstrates concern regarding conflict of interest when representing clients.

If representing a client to the fullest could possibly affect future business dealings for an attorney, there is no question that the attorney would very likely bend to the will of the ‘system.’

Although many attorney's recognize and have full knowledge of the above mentioned facts, there have been no efforts made to establish a fair way for the artist, producers or writers to conduct business without being hindered or without being negatively affected by the issue of 'Conflicts of Interest. Especially, when you consider the influential entertainment attorneys and the power wielded to end careers on a whelm.

When reviewing most contracts, you will find that somewhere in the small print there are stipulations which require that the case be filed in Courts within certain districts.

In these instances where litigation is needed to resolve an issue, these jurisdiction mentioned in the contracts are usually close to the home of the Entity being sued. There are always some stipulations that can change the ability to file elsewhere but generally the Entity being sued has their home base covered.

Remember that most prominent attorneys are familiar with each other, the courts clerks, judges and each other’s process. Even the misinformed public is used to distract and misdirect from 'conflict of interest' assist with ensuring that the will of the affluent is enforced.

Most large entities have collected a team of lawyers to protect their interest. They also have millions of dollars that can be used to extend any case out for years, while the opponents have monetary limits.

The definition of a Monopoly is complete control of the entire supply of goods or of a service in a certain area or market, a large company that has a monopoly, complete ownership or control of something. This sums everything up to do with the music business in a single sentence.

They are able to utilize the laws that they choose to thwart justice is not only monopolizing but they are the leading cause to the detriment of our society.

This industry is the only billion dollar industry with universal reach that is not held accountable for its action or inaction. I have also found that it is difficult for some to hold officials and police departments accountable for their actions as well.

I want other Artist, Writers and Producers to be able to make informed decisions to protect themselves against the traps or at least recognize the need to tailor their contract.

They should be aware of the importance of requesting a sufficient amount of advance to protect themselves after the games begin because most entertainment attorneys will not risk future business by educating them once they have been selected or branded as ‘the Mark.’

I plan to continue to write my books and blogs until it is clear that this has been a deliberate attempt to induce suicidal actions, to violate civil and human rights, to subject those ‘chosen’ to continued persecution in order to cause their surrender or demise.

Per 15 U.S. Code § 2 - Monopolizing trade a felony; penalty - Every person who shall monopolize, or attempt to monopolize, or combine or conspire with any other person or persons, to monopolize any part of the trade or commerce among the several States, or with foreign nations, shall be deemed guilty of a felony, and, on conviction thereof, shall be punished by fine not exceeding $100,000,000 if a corporation, or, if any other person, $1,000,000, or by imprisonment not exceeding 10 years, or by both said punishments, in the discretion of the court.

The worst part is that; even when you present proof of a conspiracy ‘set forth in plain statements…’ there is no justice for most.

Every other major corporations are held liable for their actions; except, the major music labels. It’s nothing new to hear about Artist, Writers, and producers not receiving compensation but there is definitely no excuse for them to operate with impunity!

Remember, the simple fact that any well-established entertainment attorney that encourages signing a ‘standard’ contract for low figures knows that when the deal sours; any attorney will require a very large retainer.

There has to be some unethical about working against individual artist when they have full knowledge of how the industry operates; yet, they trade favors and artist like slaves.

Secondly, when the record or publishing company uses deliberate methods and tactics to manipulate musical works, they limit and prevent an artist from conducting business.

They are controlling an industry by denying royalties and opportunities and most importantly, by using all of their outlets and connections to further hinder the artist ability to make a living and seek justice.

There is a multitude of concrete proof; yet, they operate with Impunity!

These victimized individuals are made Invisible when the courts ignore blatant violations with this modern day enslavement. Music is universal, what would you imagine that a billion dollar industry would do to any that oppose their process?

Most entertainment lawyers have their own clients and artist that they represent.

Keep in mind that most attorneys will not fight tooth and nail on behalf of the artist because they don’t want to make waves with the record company. They would want to assure that he/she does not risk losing potential future business.

Ultimately, in spite of having copyrights secured by myself, copies of materials, copies of receipts for overnight mailings, and other correspondences submitted to Zomba representatives, it did not matter.

Zomba stated in response regarding songs that were in question that allegations were unclear. However; prior to filing suit against them I received a letter stating that they were investigating my claims.

In fact, Zomba denied even receiving or having any works in spite of my return receipts and although some of the songs mentioned in copyright infringements were listed, were actually referenced and within my co-publishing agreement.

There are many options available for you so don’t be afraid to look outside the box. If you have been offered any kind of deal, remember that you have the option of signing a one time deal or a one project deal. This may be better for you because it will allow you to experience what business would be like before committing to the long term.

It will be better to have signed a short term bad deal than for you to commit to a long term agreement only to find that this company did not have your best interest at heart. You would think that educated individuals would conduct business properly and would have established a way to properly address the problem with 'Conflict of Interest.'

This brings me to discuss the Education and whether college can be a Cure-All within the music business in the next article E.O.A.A. Weekly on Friday, October 10, 2014!

Find the answers to the many questions regarding how the music industry and this  ‘system’ continues to operate with impunity in E.O.A.A. Educating Our Aspiring Artist  Weekly Articles Sponsored by SWP, LLC...Subscribe! 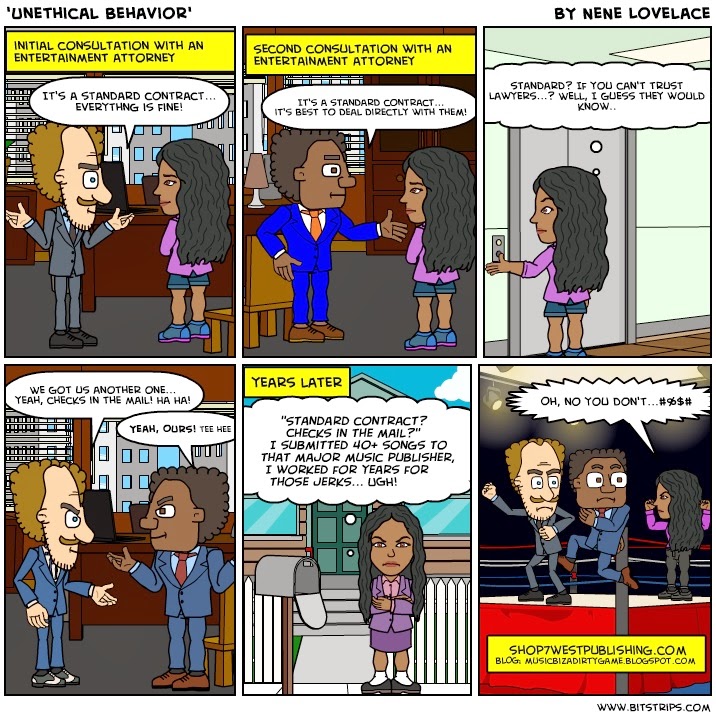 For more detailed information regarding the many groups and what it means to be properly aligned, I encourage you to read Music, Murder and Mayhem – A True Story!  and  Music Business: It’s a Dirty Game!

These title is also in an eBook form available at:  http://shop7westpublishing.com/. 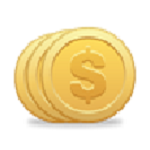 Posted by Seven West Productions at 6:46 AM 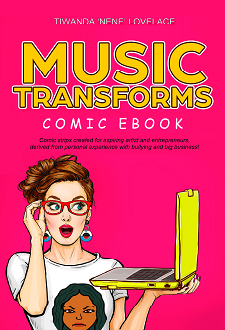 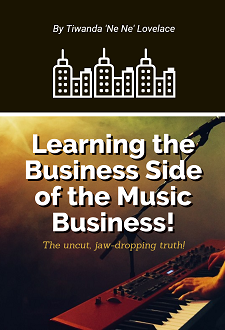 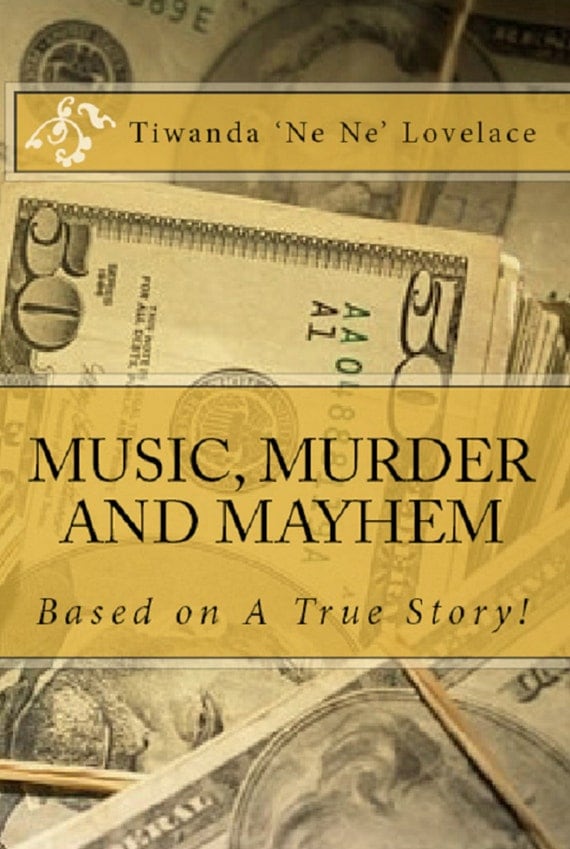 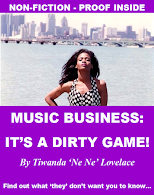 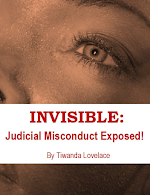 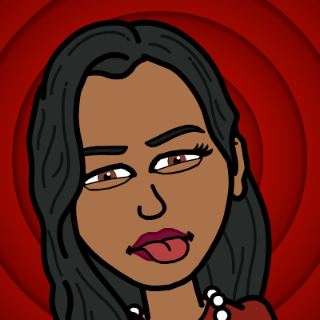 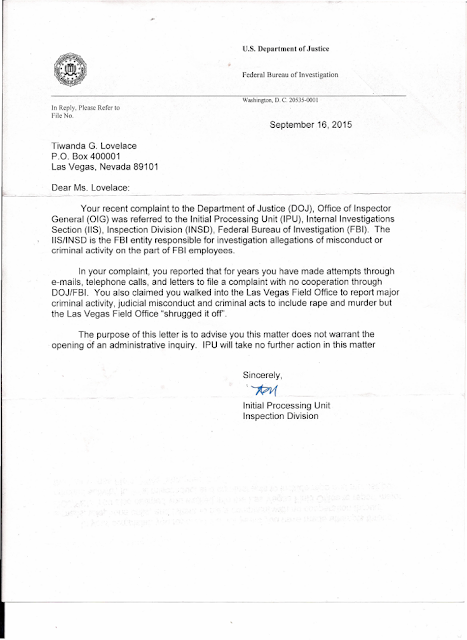 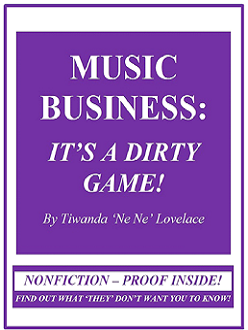 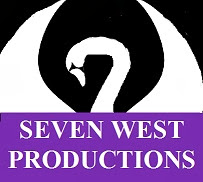